Nancy Wanich-Romita (M.AmSAT) has been both a private teacher and workshop facilitator in the Alexander Technique for over 30 years.  Ms Romita initiated the first courses offered in the Alexander Technique at the 92nd Street Y in NYC in 1984. She has taught at the American Dance Festival at Duke University in Durham, NC, Connecticut College, State University of New York at Purchase, University of Maryland at Baltimore County, Peabody Conservatory of Music, Stevenson University, and is currently on the faculty of Towson University.

Since 1987, she has taught a course in Alexander Technique at Towson University that satisfies a general education requirement for graduation for any student regardless of major. In addition, Ms Romita teaches an Alexander Technique course for graduate students in theater. She has worked for McDermott Ass. as facilitator in leadership training, movement training, and body language in public speaking. She has provided AT workshops for business leaders, physical therapists, teachers, and performers throughout the Mid-Atlantic region.

Ms. Romita has served on the Alexander Technique faculty at The Tai Sophia Institute, The Baltimore School of Massage, The Baltimore Holistic Health Center. She has taught Alexander Technique workshops at Association for Theater in Higher Education (ATHE), the American College Dance Festival (ACDF), and the National Dance Education Organization (NDEO).

For 25 years Ms. Romita has been teaching a yearlong course in experiential anatomy and kinesiology entitled, Scientific Bases of Analysis of Movement at Towson University. She is a member of the International Association of Dance Medicine and Science (IADMS). Her research in collaboration with Johns Hopkins Physical Therapy Clinic was presented at the 2013 IADMS conference in Seattle WA. Ms. Romita is the creator of the somatic model known as Functional Awareness, Anatomy in Action

Nancy Romita has been active in dance and theater for 30 years (see Towson University web link below for details), including 8 years in NYC and 15 years as artistic director of The Moving Company, a professional modern dance company in Baltimore, MD.

Ms. Romita holds a BA in Dance and Child Development from Connecticut College, and a Masters in Fine Arts in Interdisciplinary Theater from Towson University. She maintains an active private practice. She completed the Post Certification in Alexander Technique at ATNYC with John Nicholls in 2009. 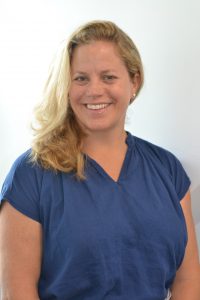 In her private practice, Ms. Leite teaches a wide variety of students including athletes, yogis, artists, musicians, pregnant women, individuals recovering from orthopedic surgery, and those navigating chronic pain. She has led Alexander Technique workshops at Peabody Enrichment program for young musicians and has assisted in group Alexander Technique classes at Towson University.

Ms. Leite provided sessions entitled “Yoga & the Alexander Technique: permission to pause” during the 2019 Annual Conference and General Meeting (ACGM) that occurred on the campus of Columbia University.

Sarah Ittmann Leite has taught yoga since 1999 and has owned and operated a yoga studio in Baltimore City since 2004 (yogatreebaltimore.com), including leading a yoga teacher training program and mentoring yoga teachers.

She continues to teach private and group Alexander Technique classes and small group yoga classes in Roland Park at Helia Integrated Health (heliahealth.com) where she enjoys bringing her two lifelong passions together.